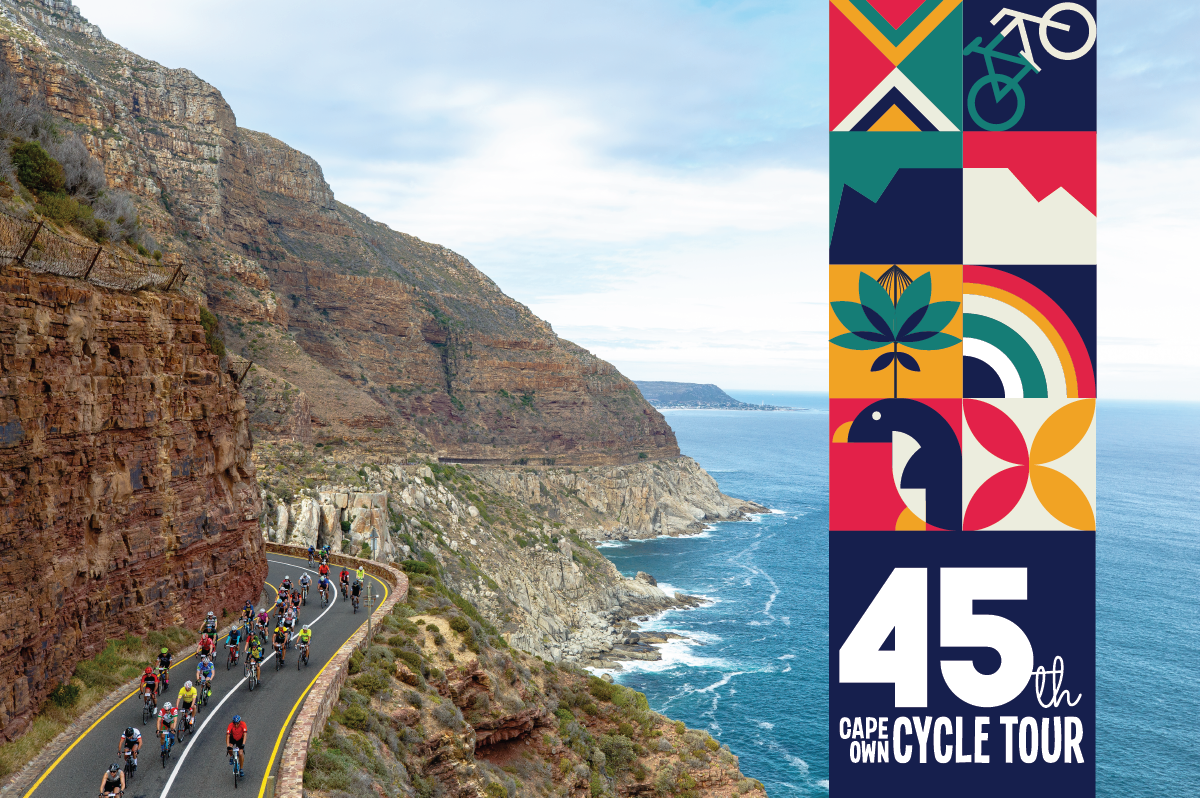 On the 12th of March 2023, the Cape Town Cycle Tour celebrates its 45th event. On this incredible day of cycling celebration, we will mark the occasion with thousands cyclists from around South Africa and the world. Next year’s 109km Cycle Tour is going to be the biggest party imaginable on two-wheels (and on one wheel, for that crazy individual who always rides his unicycle).

Entries for this 45th edition of the Cape Town Cycle Tour, the world’s biggest pedal party, will open on 23 September 2022 for paid-up Pedal Power Association (PPA) members and those riders with nine Cycle Tours or more to their names. Early Bird entries will then open on 27 September along with International Entries.

The Cycle Tour is a 109km ride around Cape Town, starting in the city centre before taking cyclists through the suburbs, along the coast, past the puzzled penguins of Simon’s Town, through Noordhoek and up the world-famous Chapman’s Peak Drive before finishing in Green Point. It’s truly the best way to enjoy the sights of the Mother City.

The 2023 Cycle Tour will aim to be one enormous celebration of all aspects that make the event so popular – from the route to the city, to the supporters, the refreshment stands, to the “experienced” cyclists who wander around the Cape Town Cycle Tour Expo in their Lycra and helmets, to the riders themselves.

“Who could have imagined that a simple awareness ride could turn into one of the biggest cycling events in the world,” says David Bellairs of the Cape Town Cycle Tour Trust.

“It’s all down to the passion of the riders, the gees from the spectators, the partnership with the City of Cape Town, and the commitment from people to train and return to the Cycle Tour year after year that has made this a truly iconic South African event. There is no other ride quite like it and we cannot wait for the Cape Town Cycle Tour in 2023.”

PPA members will be able to enter from 23 September this year, as well as past participants with nine or more Cycle Tour finishes to their names. International riders and Early Bird entries will open on 27 September, while “January Dash” entries (for those on the fence at this time of year) will open on 5 January 2023. Late entries will run from 1 February until 11 March 2023.

“We encourage riders to enter as quickly as possible, to not only take advantage of the Early Bird fees but also to ensure they are part of the celebrations,” says Bellairs.