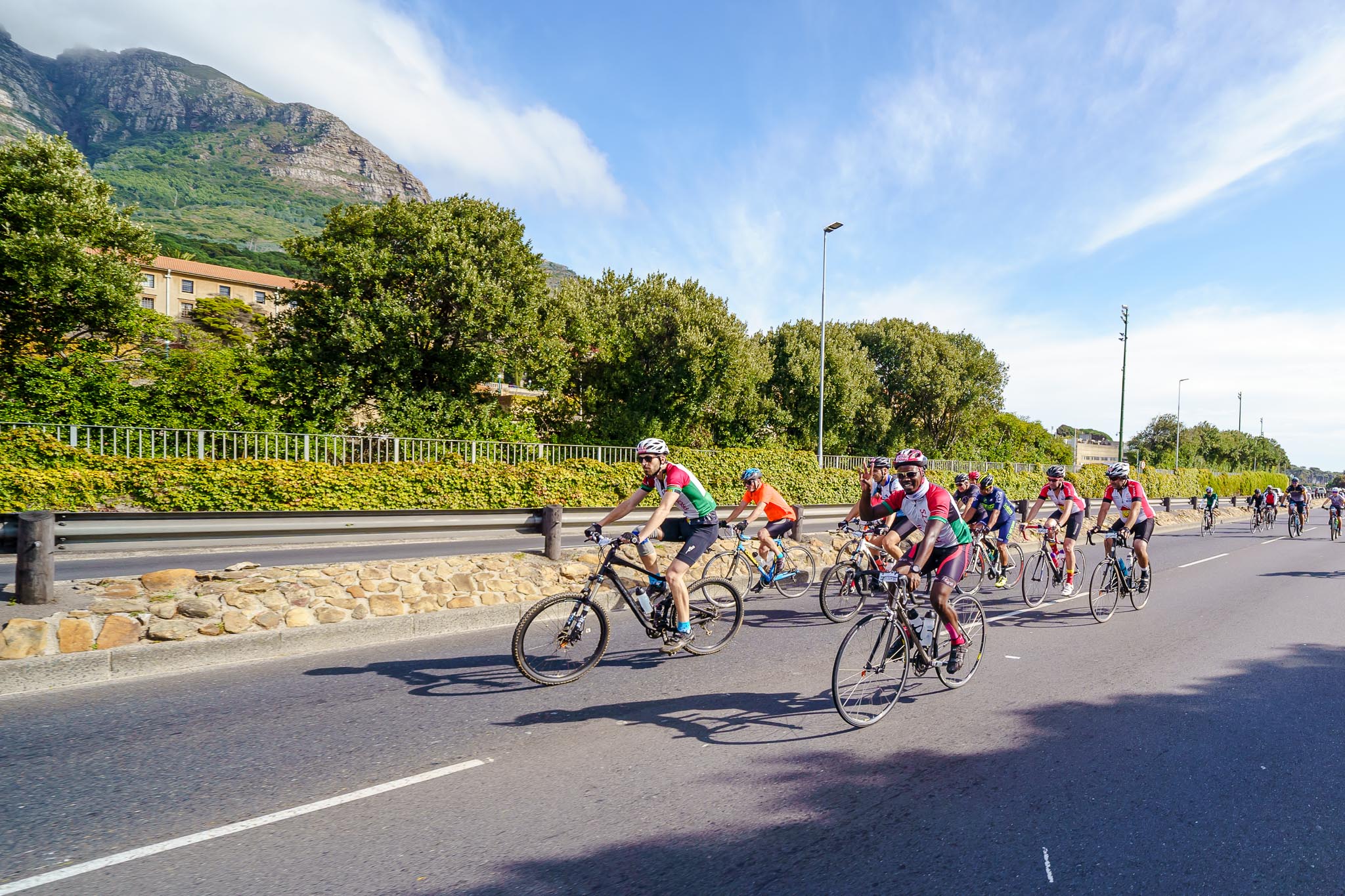 As you leave the magnificent Mostert’s Mill behind you, look to your right and use the unfolding excellence of South Africa’s oldest university to block the two little climbs that get you there from your mind. Founded in 1829 as the South African College, 1918 saw this grade collection of old and new architecture gain full university status, and it continues to top the charts globally for South African Universities, for the academic offering it provides 30 000 students each year.

Sir Herbert Baker, the pre-eminent South African architect of the early 1900s, was the influence for many of JM Solomon’s early buildings on the campus, dominating the skyline. On your left, a nod to an earlier age with a seemingly pointless building (yet, great spectator spot), the Old Summer House. An extravagant place to look across the vastness of the Cape Flats and the Heldeberg Mountains, should your eyes tire of the whirr of machines on the morning of the Cycle Tour – and the sunrise is magnificent, if you are supporting the pros!

Baker’s influence  – the Union Buildings in Pretoria are his most famous South African works – is found to your left, too, as you pass Genadendal, the magnificent homestead on the Groote Schuur Estate. Formerly the residence of the Randlord Cecil John Rhodes, who also provided the land for UCT and the slightly self-indulgent Rhode Memorial above it, today this is the home of our President when he is in Cape Town. Shhhhh. Don’t wake him!

With all the Bakerdom in your mirrors, cast your eyes right, and the back side of Table Mountain and it’s myriad hiking trails through lush indigenous vegetation, steep cliff hikes and scrambles that were made famous by one of our greatest leaders; Jan Smuts famously walked what is now called Smut’s Track, through Kirstenbosch Gardens and up Skeleton Gorge, every day. 9km, each way. Sounds like the sort of Prime Minister who would have ridden the Cape Town Cycle Tour. There are plenty of access roads from below the Cycle Tour route and this is a superb place to spectate, with a second bite as the short route will return on the opposite carriageway, and maybe stretch a leg in the Newlands forest once you are done.

And then: Wynberg. Helter-skelter through Paradise Road, and on to the first major obstacle of the day, where the spectators pith their pitches well before dawn for a full morning of rah-rah-rah, skittle breakfasts and general good cheer. Wynberg comes into view through the red mist, on your left, and in the distance you will see Muizenberg. The former was set up as a military outpost by the British, halfway between the natural defences of the latter and the civility of Cape Town itself, and is , today, a charming mix of coffee shops, art galleries and parks blended with a cosmopolitan energy as the mixing pot of South African cultures settles in to a lovely half-way house.