It’s all about the base… - Cape Town Cycle Tour

It’s all about the base… 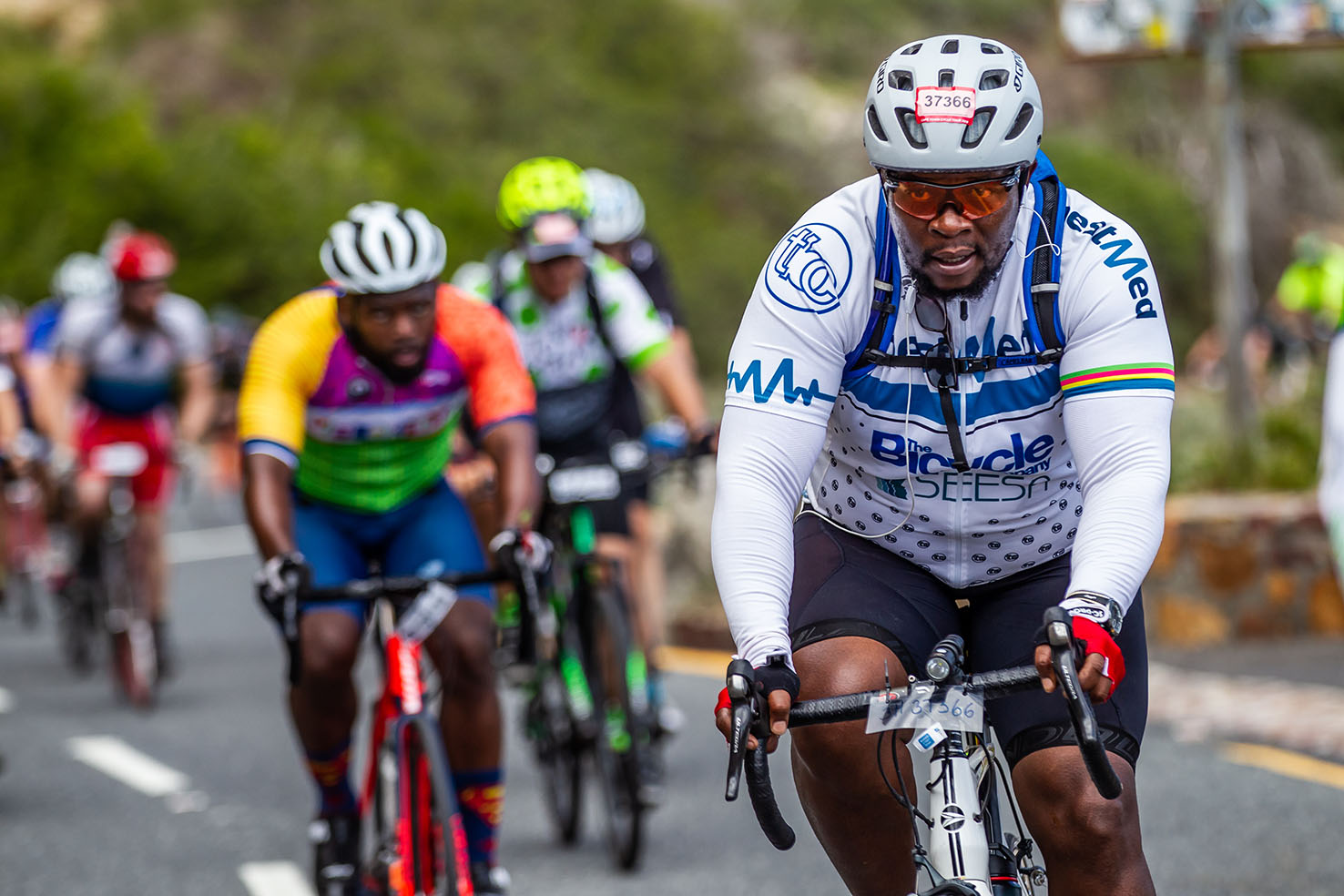 Speed in March is the goal, right? You want the PB, that sub-four, those subtle bragging rights at the coffee stop the third Sunday in March?

Well, it’s not March yet: It’s December, the perfect time for the groundwork that will let you build the base off which to launch your killer intensity programme in the new year. The festive season is the perfect time to get out and spend a little longer on the bike than you would normally, and let the body create the foundation it needs to make the most of late January and February’s gut-wrenching efforts. No foundation, no strength, no speed. PLUS taking it a little easier on the intensity front will leave you ready for action when the kids need that extra innings of beach cricket.

A solid base matters to ALL of us, whether we are a sub-three racing snake, or a more regular human looking to stay out on the most beautiful bike race route for as short as is possible for us. Intensity training will come later, for everyone in their own way, and keep an eye out here for some sage advice on that front, or dip into the free training programmes you will find HERE on this very website. For now, let’s look at some rights and wrongs when pumping up the base. It’s all about the mystical Zone 2.

SO WHAT IS THIS ZONE 2 THING?

If you are using a power meter or a heart rate monitor, the upper limit of zone two would be around 75% of your maximum heart rate or functional threshold power (FTP). Your Garmin, of course, will measure it for you JUST LIKE THIS. It needn’t be that technical, though, especially in the sunny summer holidays… Zone two is a comfortable pace, with slightly heavy breathing, but with proper conversation possible. As soon as you have to stop a sentence to catch your breath, you are going too hard! It will feel impossibly easy at the start of the ride, but will slowly catch up with you and the last half hour or so always feels a little harder than you thought it would, on a perfect base ride.

DON’T Suddenly double your mileage, just because you have the time and the sport’s pass. The general rule is never more than a 10% jump in either time or intensity at any given step up, but December miles can bend that a bit, IF you keep your self-discipline and don’t overdo the intensity. Look at 20-50%, max. A sudden leap to consecutive four-hour rides, when you don’t do more than an hour and a half, maybe two, once a week, will see you falling asleep in your Xmas dinner, and too tired to ride the rest of the hols.

DO Make it fun. Forcing yourself to ride that damned bike when you would rather be lolling on the beach with the kids will do you no good at all, again, you will rush things and the gains are gone. Stop for coffee. Chat with a local. Stroke a goat.

DON’T Race. Anyone, or anything. Not even that sneaky KOM nobody has really had a go at, because you are in the middle of nowhere… take it easy!

DO Ride with a metric of some sort, and stick to your plan, no matter what. Zone 2 is the goal, as an average for your total ride, and as a maximum, too. Dipping into Zone 3 will ruin the ride – the goal is three-fold, here: first, to get your body acclimatised to longer periods in the saddle (think contact-points like seat, feet and hands – they get a little hardened as you cruise the coffee shops of the South Coast). Second, let it do its thing at these lower intensities, which is learn to run of the large fat storage even the skinniest of us boast. Win-win – you lose some weight, and you teach it new tricks for race-time. Thirdly (and a little more technically), you let it build up the mitochondrial count in your cells, the little organic gizmos that actually give you the energy to ride when you demand it of your self. The better your self control in this easy phase, the more of these the body can build, the more you will have access to when we hit our intensity later on. Every time you pop up out of Zone 2, you start using your body differently, the energy production and process, and this can take minutes, hours and sometimes a whole ride to reset.

DON’T Ride with others, unless you trust yourself not to get caught up in their shenanigans.

DO Have a shorter, friskier ride every three or four days (but not a complete slugfest). This could be the local group ride, or a grand explore of the local mountains you have been holding off on… permission granted to not take it easy!

DON’T Forget to fuel. 40-60g of carbs for every hour, even though you aren’t racing anything. Starvation training is so 1980s… and doesn’t work. Correctly fueled, you will finish fresh and ready to not just tackle the family, but ride again the next day. 40-60g is a decent energy bar and a banana, and maybe some energy product in your bottle. This will also help you teach your body to take in fuel on race day – something we often forget to do. If you do one thing this festive season, fuel up for every millimetre you ride – it is a game changer.

DO Make sure your family gets it. Without their buy-in, you will rush your rides and end up riding too hard. EXPERT TIP Just give them a ring if you are running late because there was a new road to explore, or the second coffee was lekker. It makes the next ride so much easier!