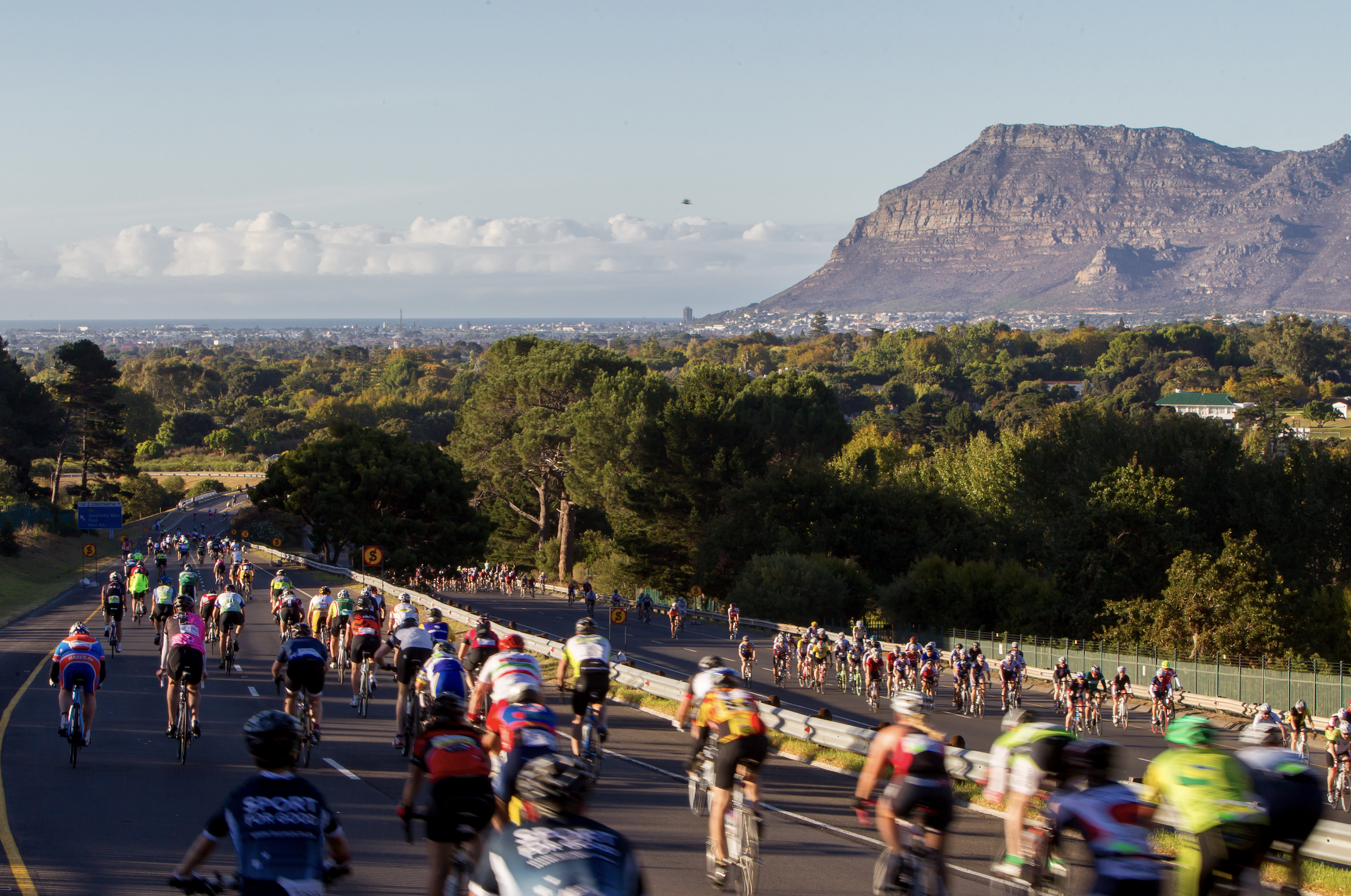 The Cape Town Cycle Tour Trust is excited to share the news of yet another way to celebrate cycling in Cape Town with the addition of a shorter route option in this our 45th anniversary year!

The 2023 Cape Town Cycle Tour will boast a shorter 42km route that will complement the Mother City’s celebration of cycling by taking riders out and back along the M3 freeway, just the way the full field did in 2015’s fire-shortened Cycle Tour. Riders will start in the shadow of the iconic Castle of Good Hope in Castle Street and make their way southbound on Nelson Mandela Boulevard and the M3 until reaching Steenberg Road (where the traditional route peels off towards Muizenberg) before turning around to head home the way they came, finishing in Newmarket Street in the city centre.

Both events will take place on Sunday 12 March, 2023, taking advantage of the full road closure the City of Cape Town affords the iconic event for the safety of the tens of thousands of cyclists who make this pedaling pilgrimage. The simultaneous running of the two events also minimises the impact on the rest of the city’s residents, with negligible road closure differences in place, as the M3 can be fully isolated from surrounding suburbs.

“There was the very real chance that the 2015 event would get cancelled, but the 42km route out and back along the M3 allowed us to put on a show for all the cyclists who had made their way down to the Cape. After the near-cancellation, I think there was a lot of relief that the event went ahead, but we also saw a lot of cyclists who were simply happy to ride 42km on the day. We have toyed with introducing the shorter route ever since and now, thanks to our excellent relationship with the City of Cape Town, we are able to bring the concept to life as an official part of the Cape Town Cycle Tour.”

Mayor of Cape Town Geordin Hill-Lewis, who is himself a new cyclist and a first-time rider in the Tour, is very excited by the prospect of a shorter course. “What a great idea! It’s like they read my mind. Now us beginners, who haven’t yet started training, can also have some prospect of finishing. This will open up the Cape Town Cycle Tour to thousands of new participants, like me, and will spur the further growth of cycling in Cape Town. The Cape Town Cycle Tour is already one of the City’s flagship events for both local and international cycling enthusiasts with the scenery rivalling any other major cycling tour in the world. I think it’s fantastic that a shorter route is being added to broaden the appeal of cycling, and I look forward to seeing all of you on the day as I take part in my first Cape Town Cycle Tour as the Mayor of this beautiful city.”

“We are thrilled to offer riders this new option,” says Bellairs. “It’s an opportunity for those riders who are maybe not confident tackling the full distance to take part in a great day of cycling, and perhaps encourage them to start small before aiming big.”

The 42km entry fee is R320; entries will open on Monday, 5 December at 1pm, and are for riders eleven years old and older (juniors must be eleven in the year of the event). Perfect, then, for a family outing and to get a taste of the freedom of two wheels, without the suffering of Suikerbossie.

For more information and to enter, visit www.capetowncycletour.com