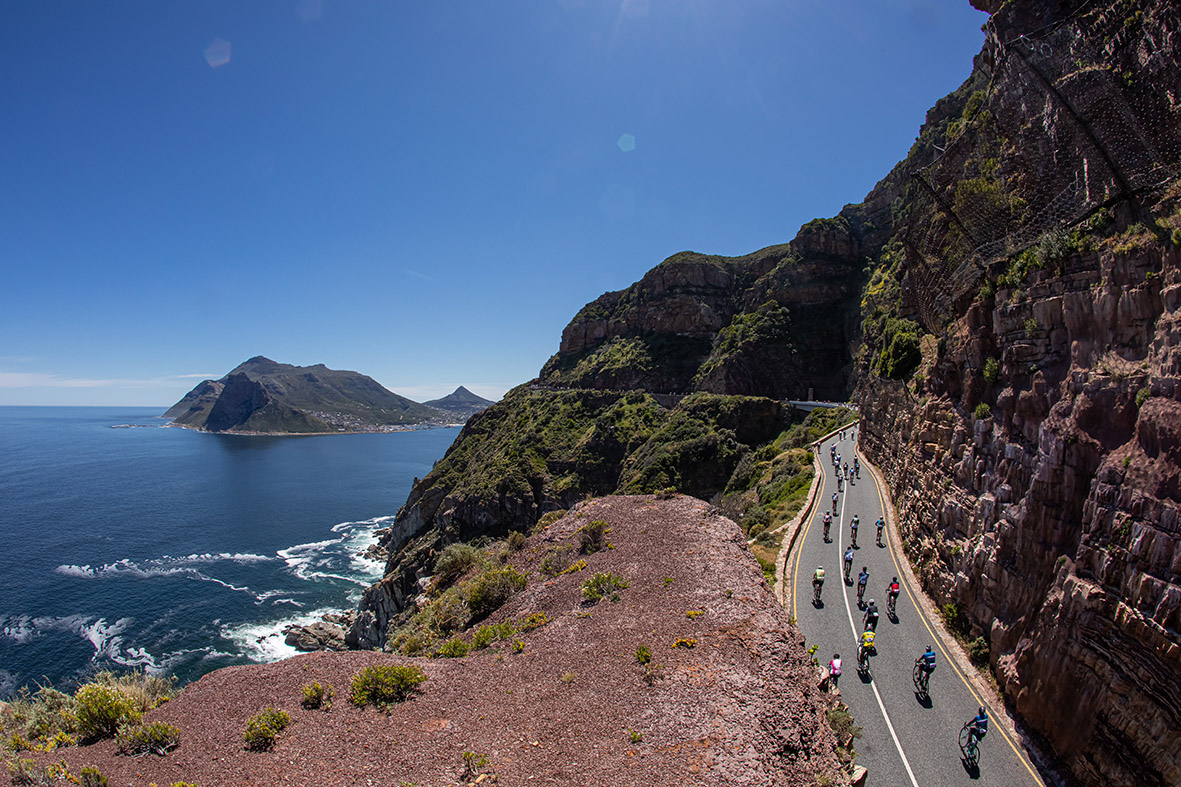 Thousands of cyclists from around South Africa celebrated the return of limited mass participation sporting events with the 43rd running of the Cape Town Cycle Tour on Sunday.

As part of the events’ Covid-19 mitigation plans the race was reduced in size to a maximum of 18 000 entries and various Covid-19 protocols, including a ‘flow’ start and smaller start batches, were put in place to ensure the safety of all participants.

Blessed with near-perfect weather, the traditional circuit around the Peninsula was clear and virtually windless and participants were encouraged to enjoy the event rather than race for time.

With only prizes up for grabs in the elite races, most of the starters chose to take it easier and coffee shops along the route were busy as many participants stopped for a break.

The 2021 Cycle Tour, which attracted 18 000 entries, was postponed from its traditional early March date to October as a result of Covid-19 lockdown restrictions. “Today was a celebration,” Cycle Tour Director, David Bellairs said. “We were privileged to be the first mass participation event to take place since the lockdown restrictions were imposed and all our participants got into the spirit of the day by participating rather than racing.”

The race was restricted to 18 000 entries and various Covid-19 protocols, including a ‘flow’ start, were used to ensure the safety of riders and organisers. “This event could not have happened if we had not had the buy-in of the riders so we are extremely grateful that the majority of riders embraced our Covid-19 measures,” said Bellairs.

Local hero Nolan Hoffman became the second most successful men’s rider in Cape Town Cycle Tour history when he won his fourth title in a tactical 2 hours, 37 minutes, 12 seconds. The 36-year-old ENZA team rider – who won in 2014, 2015 and 2018 – delivered the perfect sprint after surviving the climbs up Chapman’s Peak and Suikerbossie and winning by over a bike length ahead of Christiaan Janse van Rensburg and Craig Boyes.

“This is definitely the title that means the most. It has been a tough time for my family over the last 18 months and we have lost family members to Covid. I am just blessed to be healthy and be able to win,” Hoffman said.

“I put on a lot of weight during the lockdown but I have worked really hard at getting into shape once we heard that the Cycle Tour was happening.” Hoffman was able to save his energy for the big climbs when ENZA teammate David Maree got into the only significant break of the day. Maree got clear with Alwyn Steenkamp (TEG Procycling) and Keanan Roodt just after the climb up Wynberg Hill. Through Misty Cliffs the escapees stretched out the lead to 1:19 before they were eventually swallowed up by the charging bunch up Chapman’s Peak.

As the lead bunch approached Suikerbossie, World Tour rider Nic Dlamini (Assos-Qhubeka) was the first to attack as he attempted to burn off the sprinters. But the lead group eventually reformed over the final 15km into the finish and Hoffman – helped by guest teammate and mountain biking legend Christoph Sauser – got himself into the perfect position to deliver his

“I just told myself to relax and believe in my sprint. It was just a perfect day,” Hoffman said. Only Willie Engelbrecht has won more titles than Hoffman in the men’s race with five to his name.

Pallant was the early aggressor while Preen put down the hammer up Suikerbossie in an attempt to break up the lead group. But, in the end, the group entered the final kilometres intact and it was up to Le Court De Billot and Preen to contest the sprint. Behind them Pallant and the rest got tangled up and Pallant crashed heavily within sight of the finish line.

“I felt confident on the climbs, felt I was in the right place and my legs were good,” Le Court de Billot. “I tried to save my legs for the sprint because I confidence in that. I’m just glad I could pull it off for my team.”