Watch the Cape Town Cycle Tour and learn some stuff! 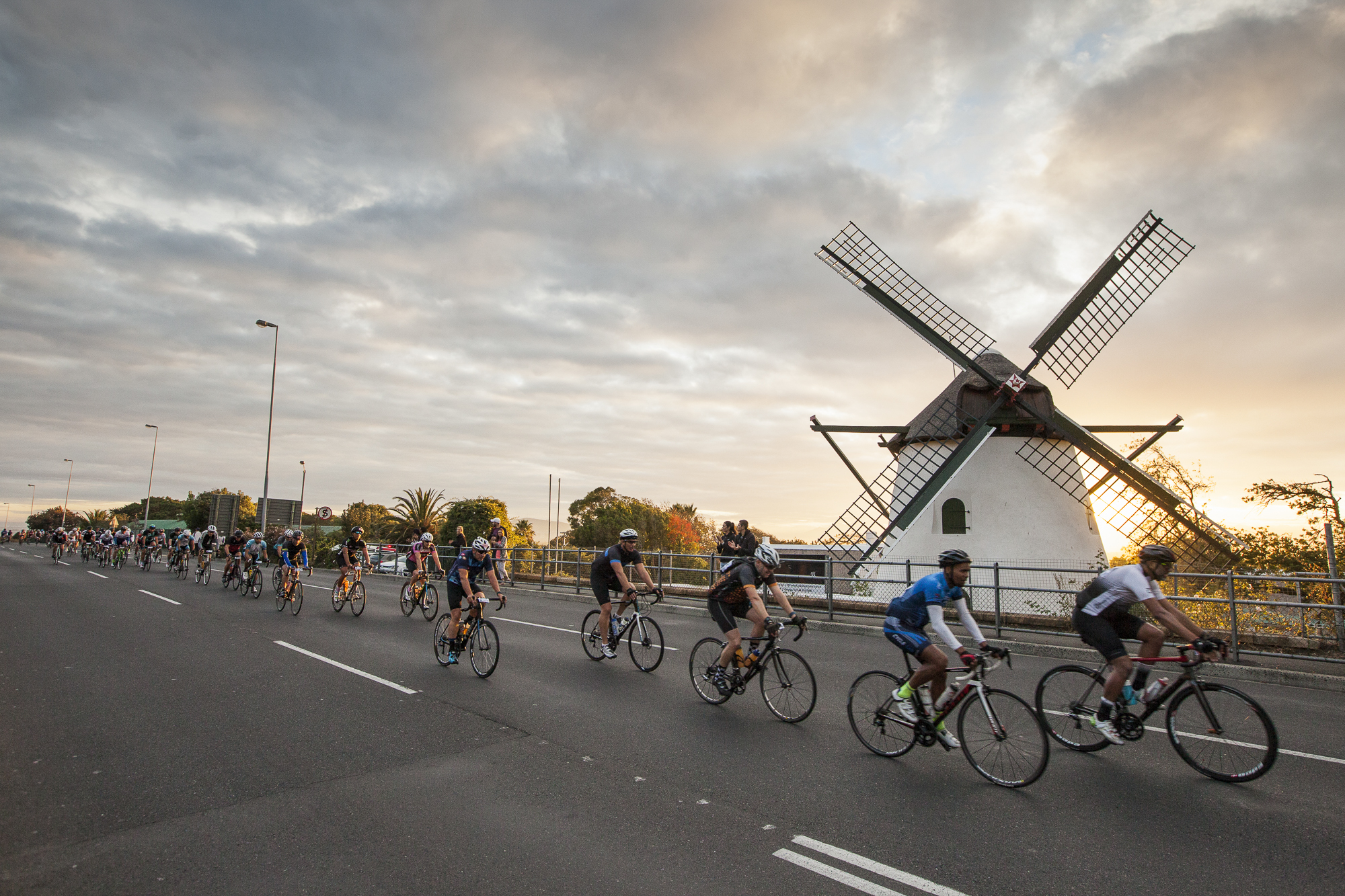 The Cape Town Cycle Tour proudly boasts to be the most beautiful bicycle race in the world, and rightly so. Once you escape the bustle of the big city, the Peninsula coastline opens up through Muizenberg, Fishhoek and beyond to assault the senses with scenery that has graced postcards for centuries.

The route is jam-packed with an incredible amount of heritage, too, which often gets overlooked in the maelstrom of those early kilometres. For example, I bet you didn’t know you start the Cape Town Cycle Tour on a beach. No, seriously, the waves used to reach within meters of the battlements of the Cape of Good Hope Castle, right where you line up to start, until a ten-year land reclamation project, completed in 1945, saw more than 194 hectares of land created for the development of the harbour and the CBD of the city.

And then you head up Nelson Mandela Boulevard, and pass by each of those spectator-packed pedestrian bridges. They are great spots to watch the cyclists, easily accessible and stunningly situated with the harbour and Table Mountain in the background. Each one has been named after a person – of obvious import – you might not have heard of. Listen closely, we have the full list for you to amaze your peloton-partners as you climb.

That final bridge – the Ingrid Jonker – comes just after the devilish descent of Hospital Bend, named after Groote Schuur hospital which played host to one of the medical marvels off the 20th Century; in 1967 Professor Christiaan Barnard transplanted a human heart into the chest of Louis Washkansky, who would go on to live for another 18 days, the first successful human-to-human heart transplant in the world. Maybe have a look at the grand old dame of Cape Town medical buildings on your way back, though, if you are tackling the new 42km route, it will be a great distraction on the way back up the hill!

Shortly thereafter, on your way out, Mostert’s Mill is, after Table Mountain, one of Cape Town’s most viewed attractions, albeit by mistake; the busy M3 carries tens of thousands of commuters past it each day, and the Cape Town Cycle Tour route zips by on the way up to UCT. It’s the perfect place to see some early action – accessible from the Main Road, with lots of parking in the side roads (be nice to the residents!) with some pavement space and a footbridge over the road for an even better view of the gladiators of the road.

Once you are done, or between groups, admire the rebuild of the oldest surviving mill (built in 1796 for Gysbert van Reenen, the first private mill in the Colony) in South Africa has had in the last two years since the devastating Table Mountain fire gutted it. On your way back to the car, make a note of the almost top-secret Irma Stern museum, a delightful break from the hustle of the city on another day.

But wait… there’s more – the 45th Anniversary Cape Town Cycle Tour has more heritage and history than you can shake a bike pump at. It will have to wait for another day, though.