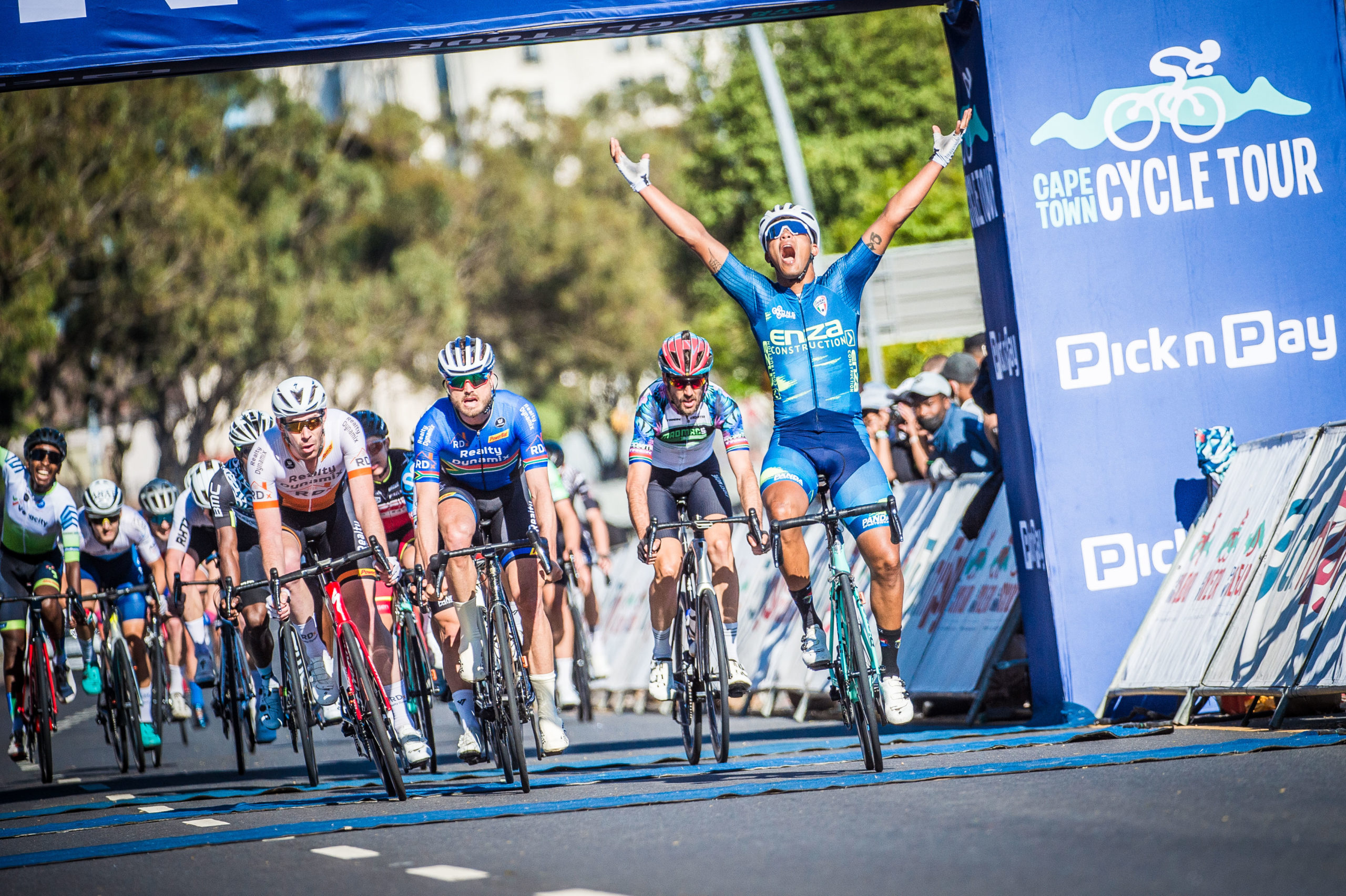 Tour history when he won his fourth title in a tactical 2 hours, 37 minutes, 12 seconds in near

“This is definitely the title that means the most. It has been a tough time for my family over the

last 18 months and we have lost family members to Covid. I am just blessed to be healthy and

be able to win,” Hoffman said.

once we heard that the Cycle Tour was happening.”

the only significant break of the day. Maree got clear with Alwyn Steenkamp (TEG Procycling)

and Keanan Roodt just after the climb up Wynberg Hill. Through Misty Cliffs the escapees

stretched out the lead to 1:19 before they were eventually swallowed up by the charging bunch

was the first to attack as he attempted to burn off the sprinters. But the lead group eventually

“I just told myself to relax and believe in my sprint. It was just a perfect day,” Hoffman said.

attempt to break up the lead group. But, in the end, the group entered the final kilometres intact

and it was up to Le Court De Billot and Preen to contest the sprint. Behind them Pallant and the

rest got tangled up and Pallant crashed heavily within sight of the finish line.

“I felt confident on the climbs, felt I was in the right place and my legs were good,” Le Court de

Billot. “I tried to save my legs for the sprint because I confidence in that. I’m just glad I could pull

it off for my team.”