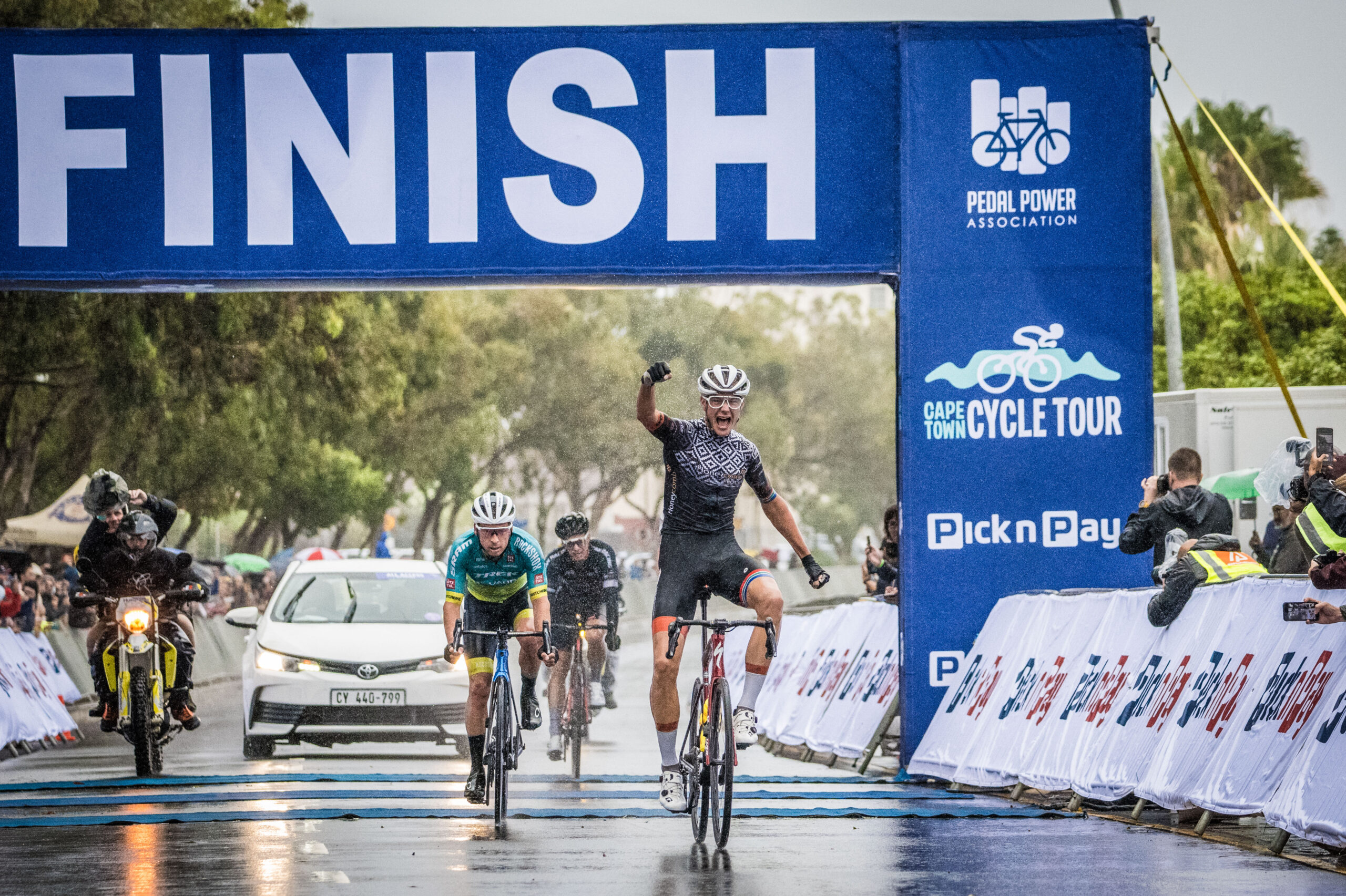 After the women’s event started 15 minutes late because of the gloomy weather, it was first Lill and then Le Court de Billot that opened up the race as they headed down through Ocean View and Masiphumelele.

The two were eventually caught by the bunch on the lower slopes of Chapmans Peak but again split the group on the famous climb. By the time the women reached Hout Bay the lead group had swelled again but Preen attacked up Suikerbossie – as she did in 2021 – and took both Le Court De Billot and Lill with her. Lill then set a torrid pace to gap the rest of the field up the infamous climb.

The three worked together until the final kilometre before Le Court De Billot’s superior sprinting saw her add to the titles she won in 2018 and 2021.

“It was probably my most exciting Cycle Tour yet. I knew, coming into today, that the women’s field was really strong and this Cycle Tour was probably the best one to win,” Le Court De Billot said. “It was also great to win in front of my whole family as well.”

The men’s race was equally as exciting as the race was frantic right from the start. A large group, including Pritzen, got clear early on along the fast M3 section but got whittled down as they ascended Chapman’s Peak and finally Suikerbossie. By the time they reached the top of Suikerbossie Pritzen, Weber, Kruger and early animator, Byron Munton, had got clear with the peloton already out of the running. It is rare that a pro breakaway succeeds on the relatively short Cycle Tour route.

In the final kilometre Munton opened up a tactical sprint and it was the tall figure of Pritzen that managed to pull through for a superb win.

“Winning this race is the dream,” Pritzen beamed. “I’ve won many races in South Africa but this is the biggest one. The weather suited me because I like it when it’s wet. So when I woke up this morning I knew that this was my best chance at winning.”

GOOD TURNOUT
“Despite the inclement conditions this morning just over 17 500 of the 22 500 entrants started,” Cycle Tour Director, David Bellairs said. “It just shows how committed our riders are to supporting the event no matter what the weather.”

Cycle Tour Trust CEO Paula Barnard expressed her appreciation to all the sponsors, supporters and volunteers that make the Cycle Tour possible.

“We are deeply grateful to all our sponsors for sticking by us over the last two years despite the challenges we faced dealing with the Covid pandemic,” Barnard said. “Without the support of these sponsors, our supporters, the City of Cape Town, the provincial government of the Western Cape and all our volunteers it would not be possible to give this opportunity to so many.”