It is now one of the world’s leading cycle events, but when Bill Mylrea, John Stegmann and Louis de Waal first proposed the Argus Tour, it was meant to be a protest ride to ‘encourage’ the city council to think about bicycles as part of its urban planning, and look after cyclists on the (by 1978 standards) busy roads. As such, the event failed spectacularly for decades, but what a wonderful deviation from those goals it has become. The irony is that cycling has become so big in South Africa, thanks to the Cape Town Cycle Tour, that those dreamy objectives are now being realised across the city in the form of bike lanes, and cycle safety projects within and beyond the city limits.

The new start venue on the Grand Parade is going to be a wonderful improvement on the Civic Centre wind tunnel. Here is how to get there.

Make sure you are able to get to the start line with no snags or delay on Race Day!

Where to go, and what not to forget.

Cycle For A Cause

Ride your own charity challenge.

Stay up to date with all that is happening around the Cape Town Cycle Tour. 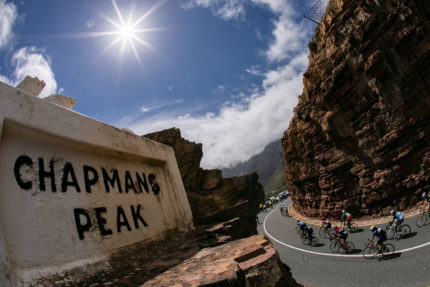 December school holidays are a great time to be a South African. The sun is out, half the country seems

Thanks to various studies and much intense research, the past decade has seen a remarkable increase in the scientific understanding