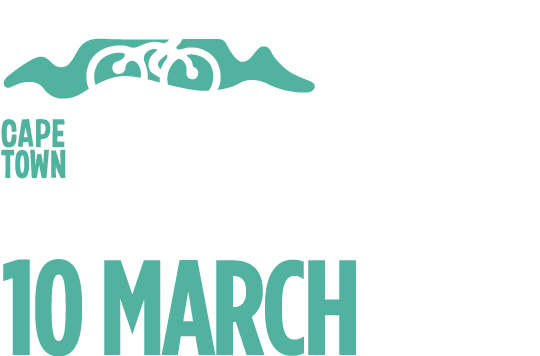 The Cape Town Cycle Tour circles the most beautiful bike route in the World. But much of it is through high-traffic, big-city road infrastructure that is constantly being repaired and improved. The City of Cape Town pulls out all the stops to make sure the route is perfect on the day, but there are still some points to be aware of.

After you have negotiated a very short, but bumpy and narrow hurdle in Lakeside, just after the right turn onto Main Road, the stretch from Muizenberg to Glencairn is essentially road-works-free, after many years, but still has plenty of narrow sections and man-hole covers to avoid. In particular, the stretch from Kalk Bay Station to Clovelly has some uneven road surfaces and raised street furniture, as the final tar surface is due after the Cycle Tour.

Be on the lookout for beach sand in the road as you approach Simonstown from Glencairn – clean up crews are working tirelessly to remove it all, but the howling southeaster we have had in the week before the Cycle Tour is replacing it faster than they can scoop. It will be cleared for Sunday morning, but if the wind is blowing, Mother Nature may have returned some.

A major reconstruction of the four-way intersection sees a very narrow left sweep through the traffic lights, and some further narrowing on the fast swoop down to the left turn to Chappies.

The much-talked-about new road surface is rough and unpleasant, but is no longer loose, mostly. Stay away from the edges, where the tar may be more crumbly, and beware of hidden cat-eyes, where the contractors simply tarred over portions of them. The Cycle Tour covers the exposed ones, but these half-hidden ones are a menace. Also, take it easy through the toll booths, as usual, as the road narrows. The toll-masters will have removed the ugly plastic speedbump before 35 000 riders head through, thankfully.

There is a small sinkhole on the sharp ascent out of Camps Bay, before the old Maiden’s Cove finish. The City of Cape Town is repairing it as you read this, but it is worth bing wary of either a change in road surface here, or a minor diversion around it – neither will be dangerous at climbing speed, though.

The technical challenge is no longer the tight circle at the bottom of St John’s road, but the concrete road shortly thereafter. It has been dig up for repair and replacement, so the Cape Town Cycle Tour will be channelled into a single lane for a hundred metres or so, before the road opens up for a fast finish at the Cape Town Stadium. The early start groups need to pay attention here – bigger bunches will need to squeeze it all in a bit.

The most beautiful bike race in the world circles the Cape Peninsula, starting and finishing in the shadow of Table Mountain, one of the seven natural wonders of the world.